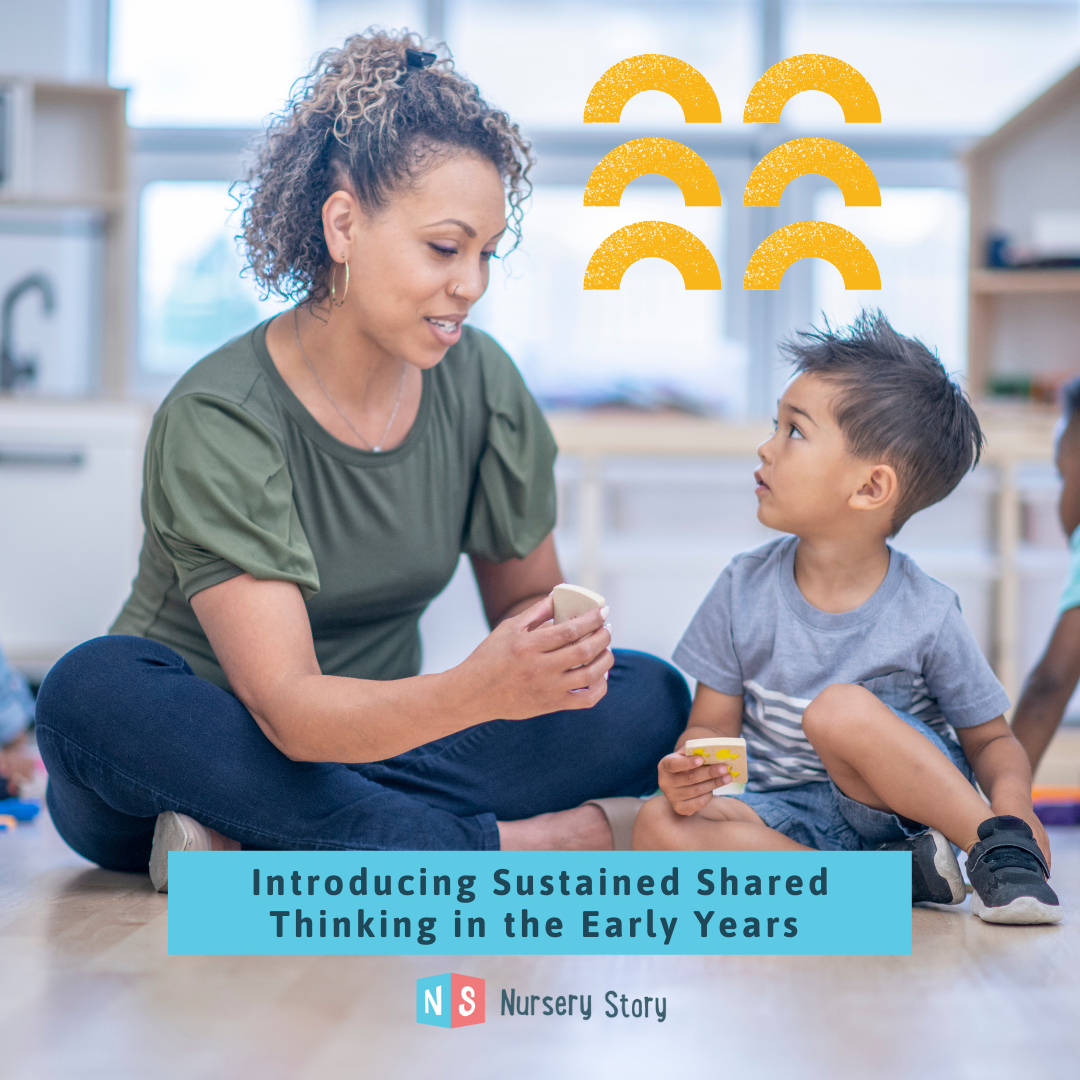 “In sustained shared thinking, adults and children develop knowledge and meaning together as they become involved in sharing and clarifying their understandings.”

In previous blogs we’ve explored the benefits of open-ended activities such as transient art and how children can learn through the power of play. These activities have largely focused on children finding ways to best express themselves when given a blank canvas.

Following on from that, we wanted to delve into a process that still supports a child’s natural curiosity and creativity but also harnesses these qualities and offers the chance for them to develop at a quicker pace.

What is Sustained Shared Thinking?

Typically, Sustained Shared Thinking (SST) is defined as an interaction between two or more individuals (adults and children) working together in an intellectual way to solve a problem or clarify a concept. However, rather than the adult acting as an authoritarian, in SST the adult engages with the child in a much more natural way, gently leading discussions through open-ended, positive questioning in a way that is likely to allow a child to express themselves more fully and explore their boundaries safely.

“A key feature of a project is that it is an investigation – a piece of research that involves children in seeking answers they have formulated by themselves or in cooperation with their teacher.” (Katz & Chard, 2000)

In What Ways Do Children Benefit?

In an early years setting the benefits can be substantial. After engaging in an in-depth conversation with a practitioner, the child is likely to have naturally gained a greater understanding of their environment, the materials or resources they are using, or a specific concept or idea. This can lead to physical development, as they grasp what they can and can’t do but also emotional and social development.

The two-way exchange of information which occurs can help children understand everything from the simple task in front of them to the world around them. It also can be a great way of helping them understand their own emotions and providing them with the tools to explore why they feel a certain way and then the language to articulate this. SST is a great tool for helping a child understand how other people might feel in a certain situation, allowing their emotional intelligence to progress significantly.

How Can SST Be Best Implemented?

A great starting point is for practitioners to remember not to look for a ‘correct answer’. If they pursue this and nudge a child in a certain direction with their questions then it could inhibit a child’s ideas, creativity, or willingness to engage for fear of being wrong. To get the most from SST, it’s important that the adult brings a level of open-mindedness to proceedings!

Sustained Shared Thinking can be done at any time of day but, in our experience, it yields the best results when a child is relaxed yet interested in their play. Ideally, you want the child in a window where they are keen to share their thoughts on what they are currently doing

The Impact of Language on Meaningful Interactions

The language used when we engage with children really determines how meaningful the interactions can be. Positive questioning can really help sustain discussions while open ended questions can help practitioners really unlock meaningful answers from children in this scenario. We’re trying to avoid ‘yes’ and ‘no’ answers and really get little ones thinking before they answer.

Ultimately this will help children understand, problem-solve, explore, reflect and articulate in ways they might not have previously been able to. Below we’ve listed a few examples of positive questioning to help guide early years educators as they delve into sustained shared thinking.

Capturing these magical moments in a learning journey with Nursery Story is now easier than ever as we documented in a previous blog. 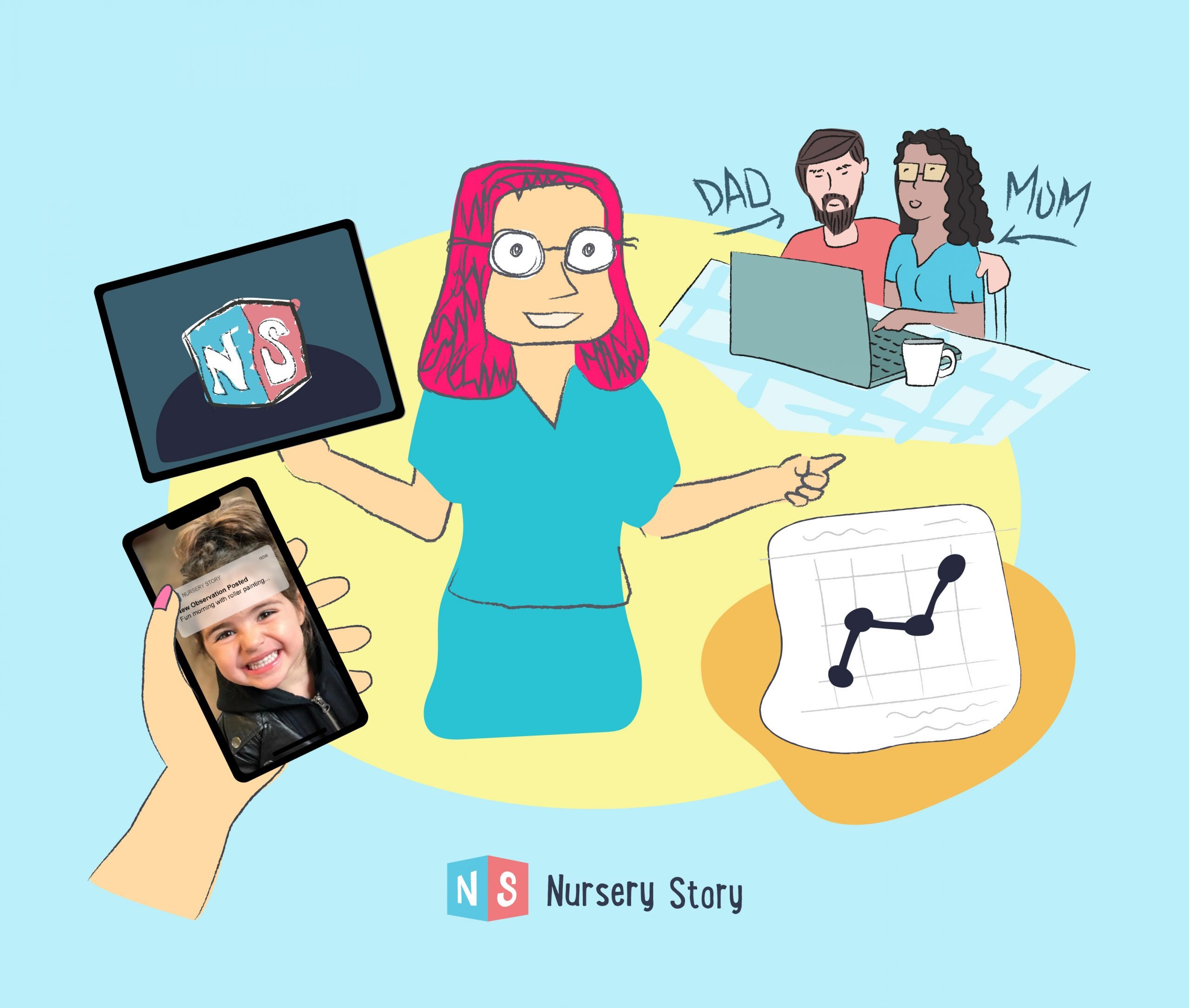 How To Make Your Nursery Setting More Profitable 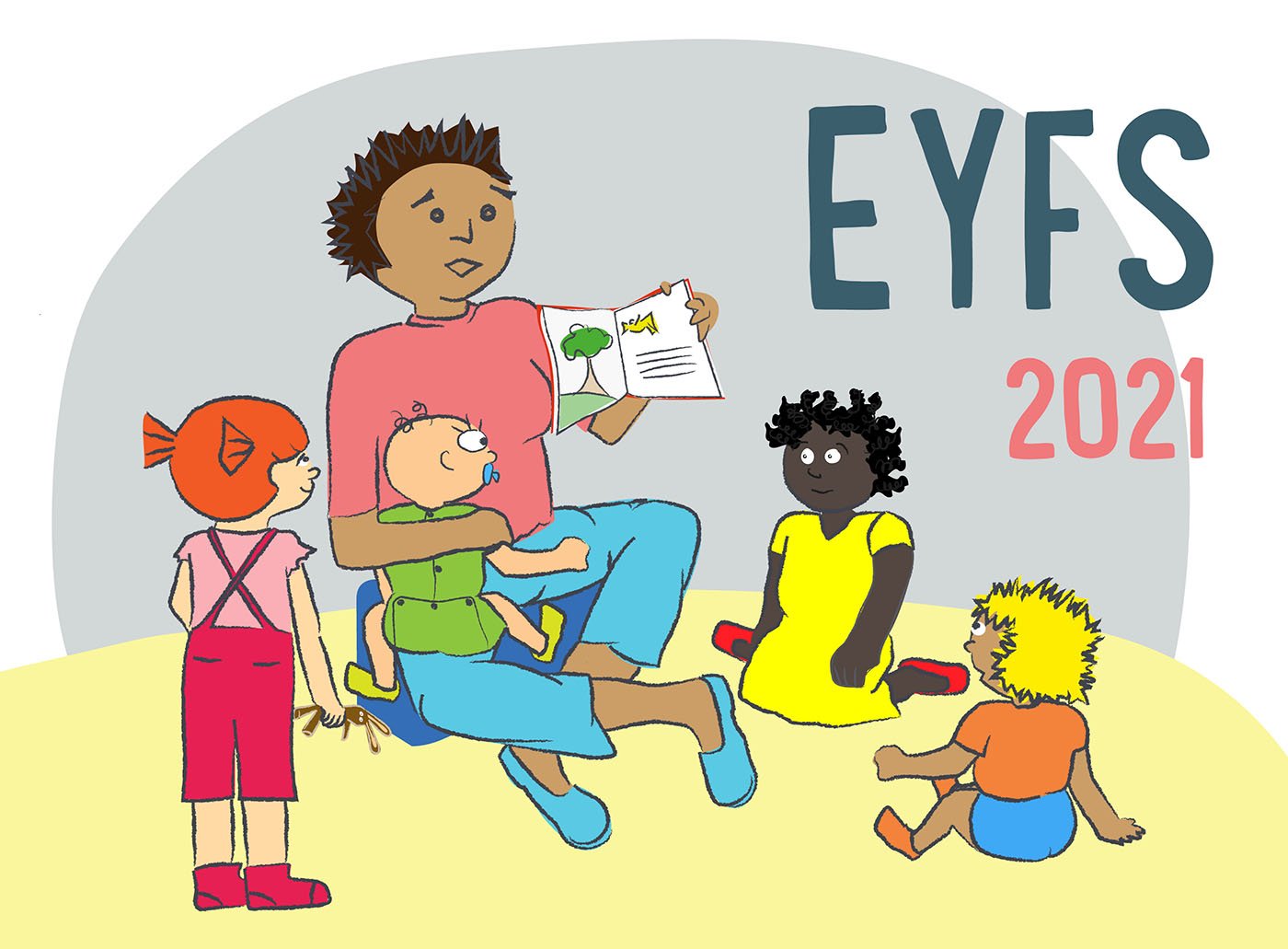 Get Your Childcare Setting Ready for EYFS 2021

We’ve created an article with all you need to know to get your childcare setting ready for EYFS 2021. 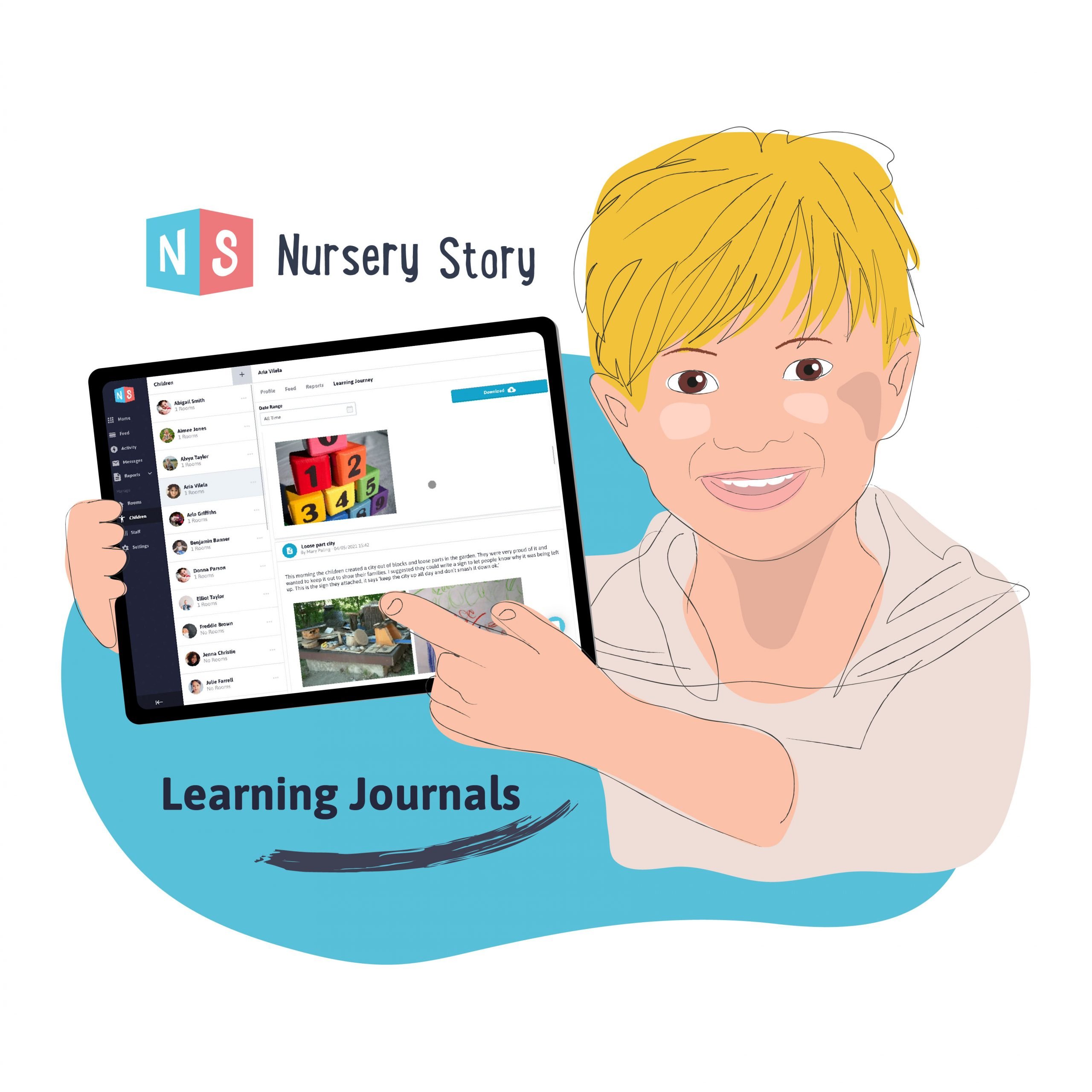 Record the story of a child’s development and mark the milestones and achievements of our future superheroes. Read More

Be the first to get our inspirational guides, new articles, e-books and tips all straight to your inbox.

When you visit our website, it may store information through your browser from specific services, usually in the form of cookies. Here you can change your Privacy preferences. It is worth noting that blocking some types of cookies may impact your experience on our website and the services we are able to offer.